in Lynchburg and be a part of Jack Daniel’s history

In celebration of the 150th anniversary of the Jack Daniel Distillery, the first registered distillery in the U.S., Jack Daniel’s Tennessee Whiskey recently announced a global Jack Daniel’s Barrel Hunt – a global scavenger hunt to find 150 handcrafted barrels located at historic and cultural sites that will unite friends of Jack across the world.

It has been confirmed that two of these 150 coveted barrels will be hidden in different locations in South Africa and Jack Daniel’s together with KFM and 947 will be providing clues to help fans find them and stand the chance to win the incredible prizes concealed inside. Both barrel’s contents are valued at over R150,000 each and include all-expenses paid trips to Lynchburg, Tennessee, to be part of the 150th Distillery Anniversary celebration, and New York to learn more about the New York bar and American whiskey culture. This is the ultimate opportunity to be a part of Jack Daniel’s history. 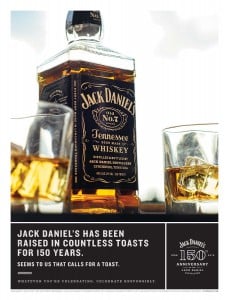 “Jack Daniel’s has grown from a local name in Lynchburg to an iconic brand in more than 170 countries by remaining true to its legacy of authenticity, independence and integrity,” said Mark McCallum, President of Jack Daniel’s. “The 150th anniversary is a major milestone for the distillery and is a perfect opportunity to invite everyone to join us in our celebration of Jack Daniel’s with our first-ever global Barrel Hunt.”

To find the barrel hidden in the city of gold, Jozi fans will need to listen to Anele’s show on 947 on Friday, 5 August and follow the Jack Daniel’s Tennessee Whiskey Facebook page. After the final clue has been given the first 50 fans to crack the clue and reach the secret location – bringing with them the password and proof of passport* – will each receive a key to open the barrel. Meanwhile, in Cape Town, KFM DJ Rob Vember will keep fans in suspense with clues on Friday, 19 August before the final dash to find the second barrel. In both cities, only one key opens each barrel!

The Jack Daniel’s Tennessee Whiskey Facebook page will be integral to helping fans locate the barrels at the secret locations. Each hidden barrel in the scavenger hunt was handcrafted from the distillery and used to mature Jack Daniel’s Tennessee Whiskey before being specially fabricated for the Barrel Hunt to house prizes including a once-in-a-lifetime trip to the home of Jack Daniel’s and also NYC accompanied by DJs Anele and Rob Vember.  Other prizes hidden inside each barrel include an original, one-of-a-kind bar kit made with white oak from the barrels to commemorate the historic milestone.

* Participants need to be over the age of 21

“The barrel is key to crafting Jack Daniel’s Tennessee Whiskey as it accounts for 100 percent of its color and 70 to 80 percent of its flavor,” said Jack Daniel’s Master Distiller Jeff Arnett. “It’s an important part of our process that’s remained unchanged for 150 years, and that tradition will continue to live on in every barrel we make and each drop of our whiskey. The Barrel Hunt celebrates the distillery’s history and gives fans a chance to own a barrel and be forever linked to Jack Daniel’s.” 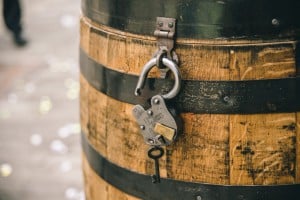 Bespoke +NESS designs reveal the clues for each city

Masters at their craft – depicting architectural projects that help define the skylines, culture, and history of South African cities – SA artists Max Melvill and Jamil Randera are the talented duo that make up +NESS. Selected to be a part of the 150th Anniversary celebration thanks to the craftsmanship evidenced in their work, Jack Daniel’s has commissioned +NESS to create a special series of works that showcase the facades of different locations, which will form the clues that ultimately uncover the whereabouts of the two SA-based barrels. Fans can look out for digital versions of these on Facebook.com/Jack Daniel’s Tennessee Whiskey and the limited edition series will be among the prizes inside the two barrels.

Stay tuned to KFM and 947 during July and August to hear more stories about what makes Jack Daniel’s so special and stand the chance of winning daily prizes.

To be in the running to win one of the two barrels in SA visit Facebook.com/Jack Daniel’s Tennessee Whiskey.

For more information on the global Jack Daniel’s Barrel Hunt, official rules and regulations, and details on locations and dates, visitwww.jackdanielsbarrelhunt.com