Equipped with modern information technology equipment and software, Kaleidoscope will be the first organisation in Africa that will be able to empower blind and partially sighted persons by training them in the most recent accessible Apple touch screen and touch type technologies which will result in more successful job placements of blind persons. 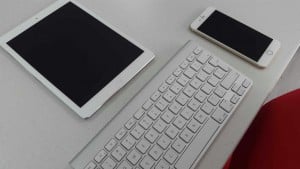 “Considering the fact that currently 97% of persons who are visually impaired are unemployed, there is an enormous need amongst blind and partially sighted people in South Africa to be trained in affordable accessible modern technology to enhance their employability,” says Freddie Botha, Executive Head of Kaleidoscope (previously known as the Institute for the Blind).

“It is very important to empower our blind and partially sighted persons to enable them to enter the open labour market on the same level as sighted applicants and employees. This centre will be an extension of our rehabilitation, skills training and career development department.”

He continues: “No other organisation in Africa provides in the all-inclusive, comprehensive, specialised training needs of visually impaired persons.  The establishment of a new modern technology-training centre will be the final stage where blind and partially sighted school learners, students and adults will be referred to in their rehabilitation process. After completion of their training in this technological field they are qualified for their future of independence and self-sufficiency.”

Being visually impaired is in itself is a major challenge, however, according to Hein Wagner, Kaleidoscope’s brand ambassador, motivational speaker and global adventurer, with the appropriate training, support and guidance, quite possible to overcome. 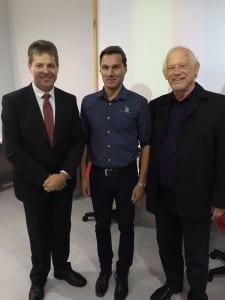 He says that the additional challenge in the South African context is the huge cost of importing adaptive technology to make computers accessible for the blind. “Up until a few months ago it would cost you more than R10 000 to convert a standard PC into an accessible text to speech computer for the blind,” he explains. “An average Braille display would put you back just short of R80 000 and with 97% of the blind in SA unemployed, it is time to find an alternative way to equip the visually impaired with affordable tools and training that will help them to enter the job market and become economically active.”

This is exactly what Kaleidoscope will aim to achieve with the opening of the Apple training centre. “Since I moved over to the Apple product range three years ago I’ve never looked back. All Apple’s equipment including the iPhone, iPad, MacBooks and even the Apple TV as well as the Apple arm watch is fully accessible to the visually impaired, straight from the box. Whether I’m tweeting, sending a whatsapp, checking in on Facebook, reading my daily news, tracking my fitness, answering my e-mails, browsing the web or working through a complicated spread sheet, I am using an Apple. I further never thought I would buy an Apple TV as a blind person, however due to Apple’s inclusive design principles, for the first time even television became accessible to me.”

Wagner says that the training will focus on both using the technology for personal and business use and the aim is to train at least 400 students in the first year of operation. “It is our duty to train the visually impaired on the most recent accessible touch screen, laptop and desktop computers, to make them more employable once they leave our facility,” he adds.

“ABSA understood our vision for technology empowerment and partnered with us to make this dream a reality with a R3-million initial investment into the facility.”

The centre will be equipped with iPhones, Ipads, Macbook airs, Mac minis as well as the latest Apple technology used to do visual/keynote presentations. 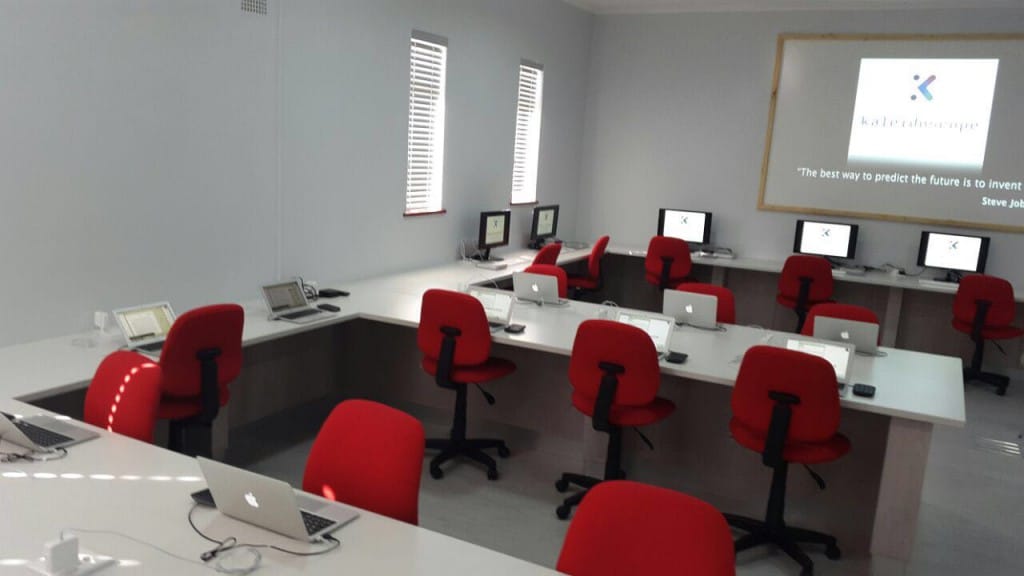 All the training modules will begin with the basics of Voiceover – the Apple accessibility tool for the blind. Students will also be trained on both iOS and the latest Apple Mac operating system.

“We’ve designed the facility to be very blind friendly with a logical layout and underfoot tactile markings in order for the blind to navigate the open-plan centre with ease and independence,” says Wagner. “Our trainer, Philip Crous, is also blind as we believe that a trainer who is blind himself will use the most ideal method to transfer his knowledge and skill to the students in such a high tech facility.”

Students will also receive training on the latest ERP and CRM applications that they will most likely face in the corporate environment once employed.

Wagner says that Kaleidoscope will also engage with the corporate sector to ensure the placement of persons with visual impairments and support the employee as well as the employer to ensure effective work and training placement.

As to why Absa got involved in the initiative, Wagner says: “We shared our vision and dream with Willie Zastron head of ABSA Business Banking and his team that we aim to develop a training model where persons with visual impairments are empowered in effective career development skills so that they will be able to function on the same level as sighted persons in the corporate sector and other training and working environments.

He continues: “They immediately understood our need for work and training empowerment and advised us to present them with a business and implementation plan.  Willie Zastron and his team’s commitment and trust towards Kaleidoscope is so inspiring and gives us so much strength in the fulfilment of this great need in technology empowerment of persons with visual impairments.” 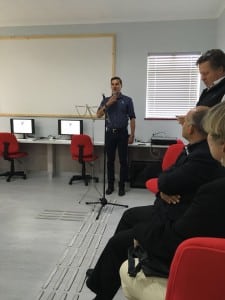 Commenting on Absa’s involvement, Sazini Mojapelo, Head of Citizenship for Barclays Africa, says: “A key priority of our Citizenship strategy is to help young people gain access to the skills and opportunities they need to unlock their potential. To this end we seek to empower young people with the skills necessary to achieve financial and economic independence and security.

Mojapelo adds: “In our interactions with Kaleidoscope we identified numerous synergies between the work they were planning and our involvement in enhancing the employability prospects of young people. We are extremely proud to partner with Kaleidoscope and extend services to more people –including those visual impairments.”

Substantial initial funding for the centre was also received from Blinden Stichting voor Zuid Afrika (Blind Foundation for South Africa) – initiated by Rene and Sandra de Vries from the Netherlands after visiting Kaleidoscope and the Rotterdamse Stichting Blindenbelangen (Rotterdam Foundation for the needs of the Blind) which supports and promotes social and cultural well-being of partially sighted, blind, deaf-blind and multi-disabled persons irrespective of their circumstances.