From a hidden space seen only by household staff in years gone by, the kitchen has become a central feature within the home. Food preparation and enjoyment are just a part of its many uses with the open-plan kitchens forming a space for jovial interaction rather than monotonous chores.

One organisation with a profound understanding of the kitchen space and its history is the Kitchen Specialists Association (KSA) which will be featuring at this year’s Decorex Joburg, taking place at Gallagher Convention Centre from 9 to 13 August. KSA has been serving the South African kitchen industry and consumer for just under three decades.

“Today’s kitchens are the hub of the home and tend towards furniture installations rather than practical cabinetry,” explained Stephanie Forbes, National Manager of KSA. “Over the decades, trends and styles have shaped the kitchen’s development and we can still see many of those influences today.”

Kitchen styles from 1930s to today

1930s – During this era, the kitchen moved away from being a hovel to become an integrated part of the home. For the first time, the kitchen was more than just a place to prepare and cook food but rather a functioning and accessible part of the house. This period also saw the introduction of breakfast bars – some even folding out of cupboards – as well as the use of colour. Paint – and the invention of Bakelite – allowed homeowners to bring their kitchens to life with splashes of colour.

1940s – World War Two halted the trend of kitchen design, understandably, as resources and man-power were directed towards the war effort. This forced hiatus, however, created a design vacuum which gave impetus to the burst of creativity that followed.

1950s – Kitchen developments happened rapidly during the 50s with the arrival of the fully-fitted kitchen recognisable in today’s homes. Despite their meagre proportions, kitchens became a place of expression with brighter colours such as ‘bubble-gum’ shades of pink and blue as well as the iconic combinations of red, white and black. This bold use of colour spread to appliances, Formica or laminate tops, as well as cabinets. The first glimpse of the ‘open-plan’ design became evident with the incorporation of American ‘diner-style’ eating areas and seating.

1960s – Moving away from the pinks, blues and reds of the 50s, this era drew its colour inspiration from nature with a focus on earthy browns, greens and yellows combined with natural materials such as timber, brick and stone. With the expansion of home sizes, the kitchens got bigger and this opened up space for the first kitchen island, increasing the focus on the kitchen as an entertainment area. The 60s were centred on convenience and, with the advent of the microwave, the kitchen became a ‘trophy room’ rather than one used only for food preparation.

1970s – Synonymous with the 70s are bold patterns which flowed into the heavy wooden panelling, dinettes and cabinetry of the kitchen, creating a busy yet somewhat dark space. Thankfully, this was offset by the introduction of large windows to the kitchen. This need for extra light, in turn, spurred the opening of the kitchen onto the garden creating a new entertainment area.

1980s – ‘Bigger is better’ dominated the mindset during the 80s and this was transferred onto kitchens where the increase of middle-class disposable income made for more kitchen space. There was a move away from flat-panel, painted and laminate cabinets with homeowners opting for solid timbers in warmer hues and the return to the sturdy and practical. The classic ‘country’ kitchen became popular, inspired by shaker doors and florals. Developments in materials used to create laminate tops allowed for a diverse range of colours and patterns, which meant they retained popularity, while geometric patterns – graduating from the bold patterns of the 70s – were also coming to the fore.

1990s – A sense of calm arrived with the 90s as homeowners opted for lighter colours with timbers such as beach and maple becoming popular. Walls returned to white with a greater focus on clean lines, made possible with the introduction of integrated appliances. The kitchen island regained its popularity as did the pension for DIY kitchen upgrades with homeowners updating their drawer fronts and cupboard doors by hand painting them. The influence of Scandinavian design could be felt with the advent of monochrome kitchens where white or light cabinets were offset by black granite replacing the laminate tops. Sliding or folding doors meant the kitchen space could truly expand onto the outdoors.

“The stunning kitchens that exist today would not have been possible without the developments of the past and the designers who imagined them,” said Forbes. “It’s interesting to see how practicality, aesthetics and current trends have beautifully merged to create modern kitchens which form a focal point of the home.”

To view some exquisite modern kitchen designs, learn about the latest kitchen products and appliances, and interact directly with KSA and its members, get to Decorex Joburg at the Gallagher Convention Centre from 9 to 13 August. Tickets are sold through www.ticketpros.co.za and at the door. 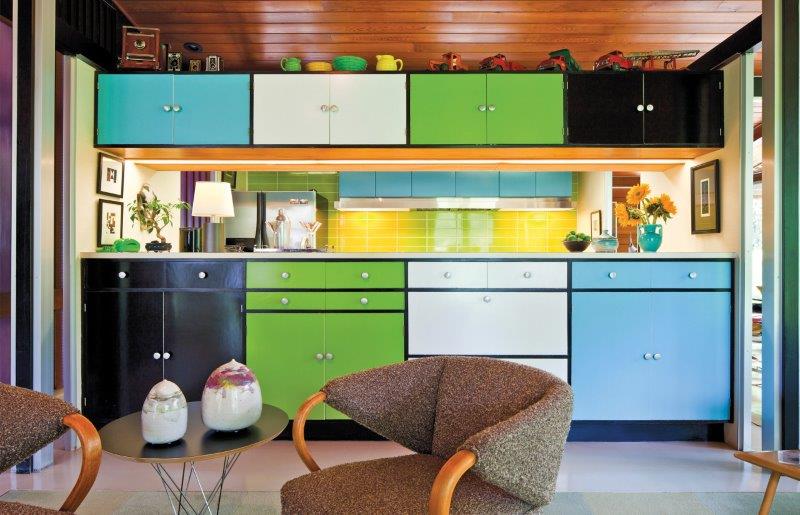